7 Roles Of an Innovation Process in an Organization

Home > Article  > 7 Roles Of an Innovation Process in an Organization 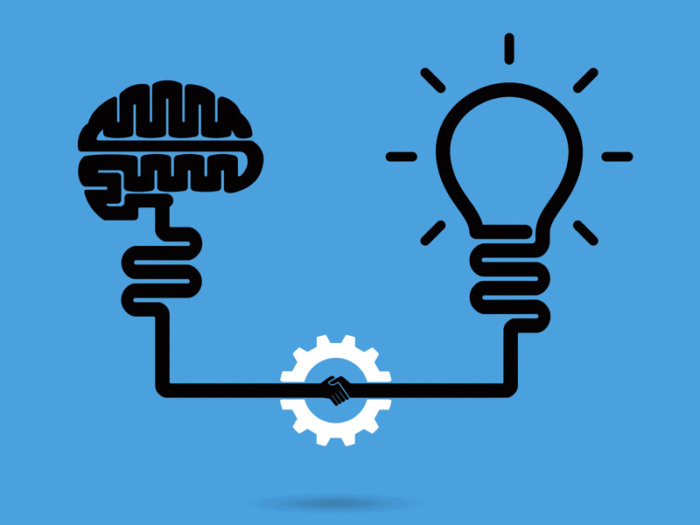 15 Jun 7 Roles Of an Innovation Process in an Organization

Innovation is becoming a driving factor for determining a company’s success and expected lifetime. As the global economy evolves, organizations are faced with the challenge to change and innovate in order to stay relevant. The Harvard Business Review and the European Centre for Strategic Innovation have recently highlighted a task list of functions for organizations to assess and track internal innovation practices. 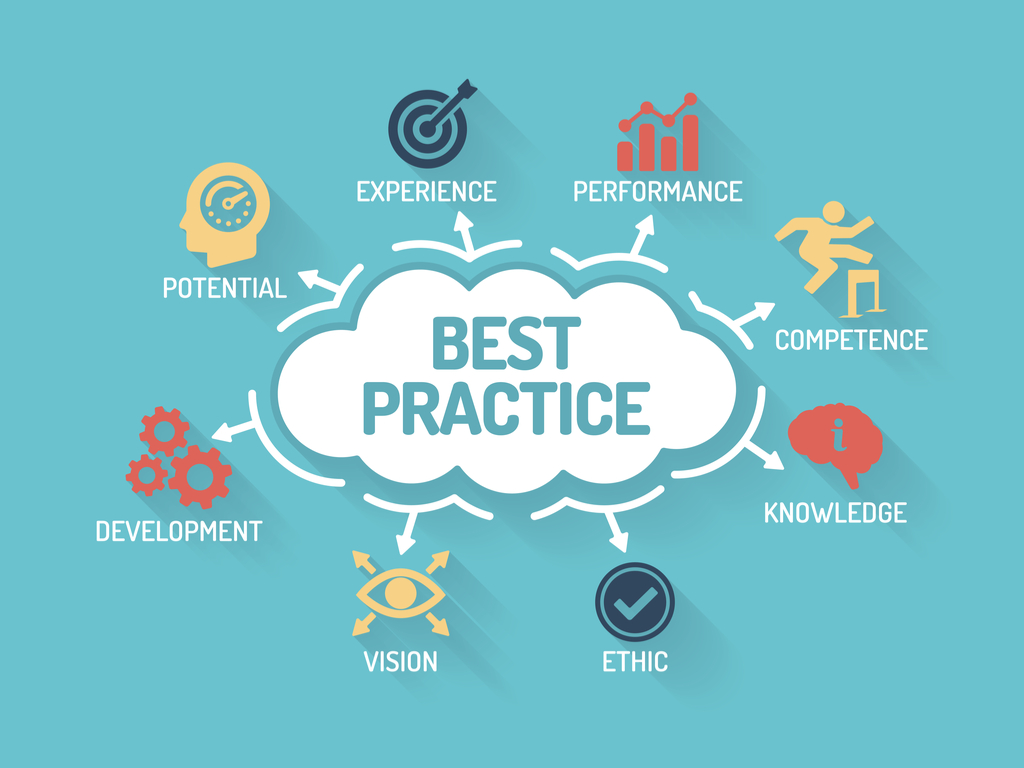 2. Developing Skills. This is based on the focal point of training employees with the skills they need. Additionally, this Involves developing measures to track improvements in innovation and the skills that underpin them. Proctor and Gamble are one of many companies that have invested in innovation curriculums for employees. They utilized Harvard Professors and implemented different theories on disruptive technologies to give in-class training to their employees.

3. Supporting business units in new product and service initiatives. Does your innovation centre directly support your everyday business? The simple answer is that it should. In reality, directly supporting business units could have a wide range of impacts or results. A company who focuses too closely on supporting their best practices may forgo the opportunity of finding a new, disruptive solution or innovation which could have a major impact on the company. On the other hand, forgetting about the “DNA” of the organization and what it was built on could result in wasted time, resources and capital of the innovators investigating something that is irrelevant.

A large European energy company with no less than four basic business functions were supposed to be working on innovation, but it ended up that none of the efforts were supporting the critical needs of the business unit level. Various functions involved ended up competing with each other for space and resources, and eventually duplicating each others work. Without realizing it, a well managed business essentially created an environment that was ultimately hostile to innovation.

4. Identifying new market spaces. Analyzing trends and market disruptions while searching for emerging market opportunities. This goes back to the role of supporting business units. If your innovation effort results in an opportunity that is outside of the traditional scope of the organizations business operations, which opportunity is worth following up on? Is it worth forgoing an existing product or service to pursue a new opportunity in a new space? All of this requires both human and physical capital and plays an important part in a companies innovation strategy.

An example is IBM and their heavy pursuit of being a leader in blockchain technology. They essentially bet heavy on blockchain technology in 2017 and launched Blockchain-as-a-Service. They serve a range of companies from large banks such as HSBC and Deutsche Bank for ledger services to supply chain logistics with jewelry makers. Newcomers such as Amazon and Oracle are now beginning to invest heavily in this sector as the technology becomes more feasible. 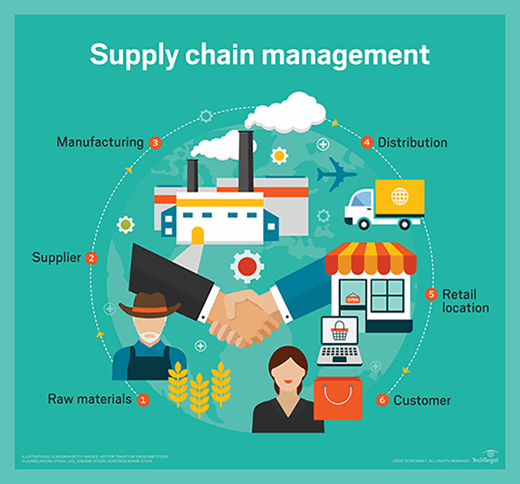 5. Helping people generate ideas. Running idea generation activities such as hackathons, incubators, using internal or external crowdsourcing. Hackathons have been a major contributor to the leading social media platform since its inception. Tagging friends in comments, the like button or putting a frame on your profile picture have all been created and brought to life during hackathons at Facebook.

6. Direct Seed Funding. The ability to fund, test and give innovations a chance to grow. Having a yearly budget to fund ideas that are too risky for existing units, or to fund ideas that wouldn’t normally be pursued. Often innovation hubs or centres are funded under research and development. The amount allocated to an “out of the box” idea completely depends on the company, and often if it is in line with the business goals. It is a complicated variable and risk companies need to assess when choosing whether to fund or not fund an idea.

7. Designing Shelter for promising projects. Designing a specific allocation for resources process that can take potentially disruptive innovations past the seed stage, without negative feedback from investors or managers who aren’t interested in innovating. This often lies within the control a CIO has within an organization and the innovation department. Is the CIO trusted enough by management and shareholders to have absolute authority of the division, or can upper management override the decision to go forward with an innovation? 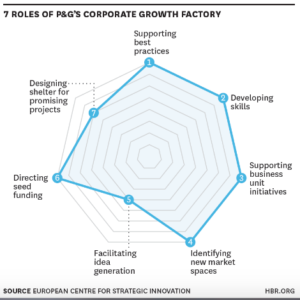 At Proctor and Gambles “growth factory”, they were heavily invested in 6 of the 7 functions. Facilitating and idea generation was the only role that was not relied on heavily. This is due to the companies research and development department already having efficient and effective processes. 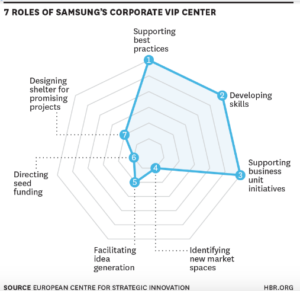 On the other hand, Samsung is heavily invested in developing employees skills, supporting business unit initiatives and ultimately supporting the companies best practices. This doesn’t necessarily indicate that samsung is not focused on innovation, but just more focused on supporting their core goals and strengths.

Innovation is tricky yet necessary function that all organizations need to consider while moving forward in a fast paced global economy. Using these seven functions and plotting the results is a good place for an innovation department to begin assessing which areas they are focusing on and highlighting which areas they may need to improve in. The goal of these functions are to minimize risk while optimizing the innovation process.